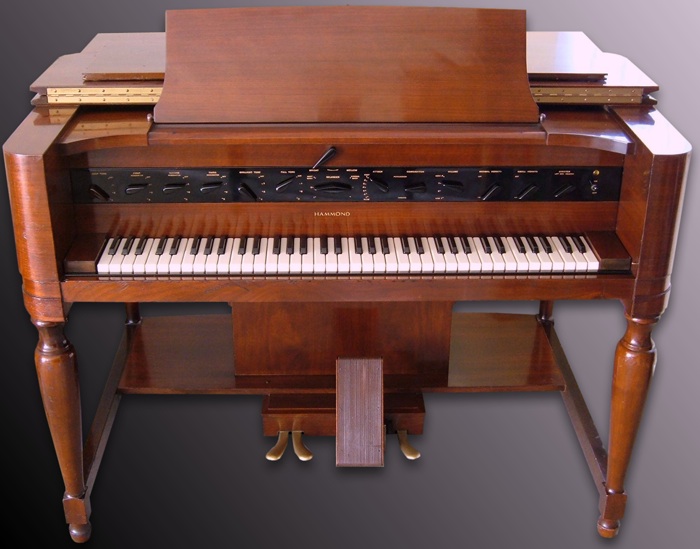 A few days ago, and with some intrepidation, I decided to have a go firing up Novachord 346 for the first time in what turns out to be 8 years having partially restored her back in 2008/9.

To my great relief, this now 82 year old quarter ton 163 tube beast came out of slumber with all 12 of her master oscillators in action and pretty much in the same order she was in last time!…

After some initial tests I made this recording consisting of one overdub of a plucked sustain over some sustained pads whilst occasionally moving some of her formant resonator controls. The recording was made directly from the line output of the pre-amplifier into delay and reverb but with no form of added modulation processing such as chorus or flanger.

It still truly astounds me that an all electronic instrument originally on the drawing board in the mid 1930s can sound like this.. and even moreso over 80 years after she left the factory!!

We are so used to hearing muffled scratchy recordings from the 1930s – but that is not to say its what it sounded like on the day of the recording – the HF the NC produces is amazing for its era.